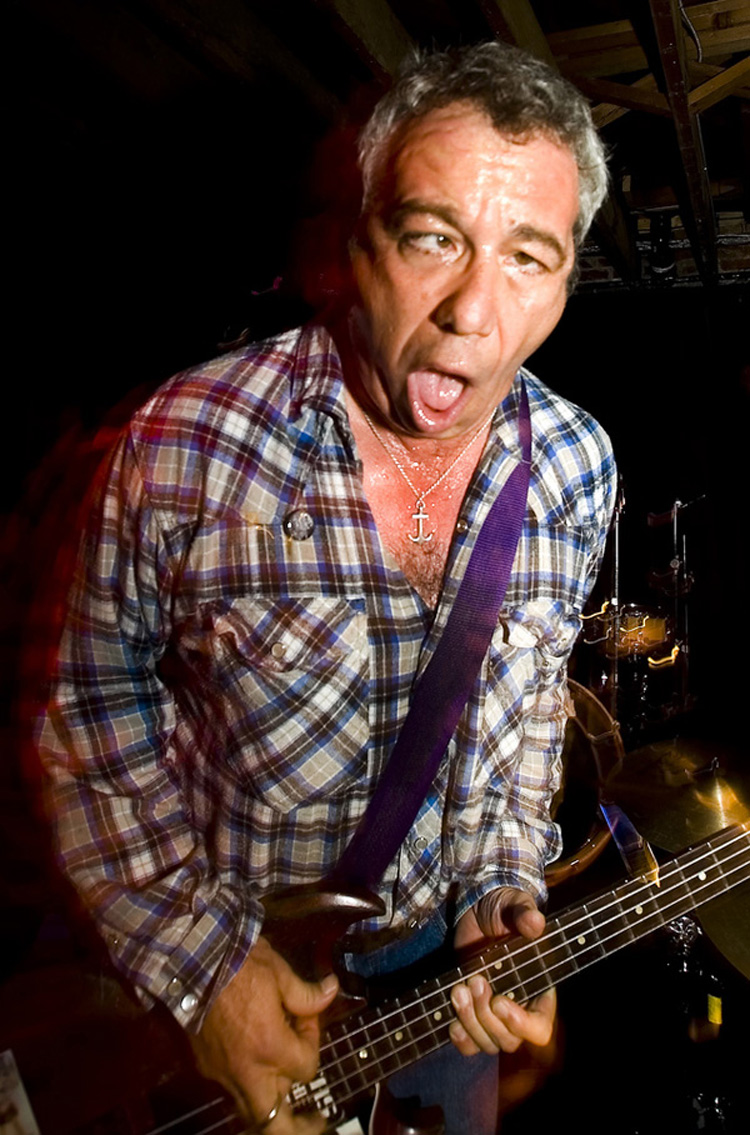 I am the son of a sailor, born in Portsmouth, VA in the year of Sputnik: 1957. My pop was a machinist mate in the navy and that’s why I ended up in San Pedro, CA starting w/the third grade: it was closer to Vietnam. I met d boon when I was twelve and his ma wanted us in a band w/me on bass and so that’s why you prolly know me now.

We started the Minutemen in 1980 inspired by the punk movement and especially the scene up in Hollywood along w/records we’d get at Zed’s in Long Beach. The band ended when we lost him at the end of 1985. I kept going on bass w/dos and fIREHOSE and then started to do sidemouse stuff like for Porno for Pyros, Banyan, J mascis + the Fog, Stooges, Tav Falco, mssv and Flipper while doing my own music w/the Black Gang, Pair of Pliers, Jom & Terry Show, Secondmen and Missingmen and constant collabs and projs via the internet and in real time/life w/all kinds of music cats (Crimony, Wylde Ratttz, Pelicanman, Spielgusher, Brother’s Sister’s Daughter, il Sogno del Marinaio, Big Walnuts Yonder, Jaded Azurites, Three-Layer Cake, Fitted, etc).

I have written/recorded/preformed three big pieces I call operas plus a buttload of other stuff. I take pictures of my pedro town and hobble by the waterfront at the crack of dawn.