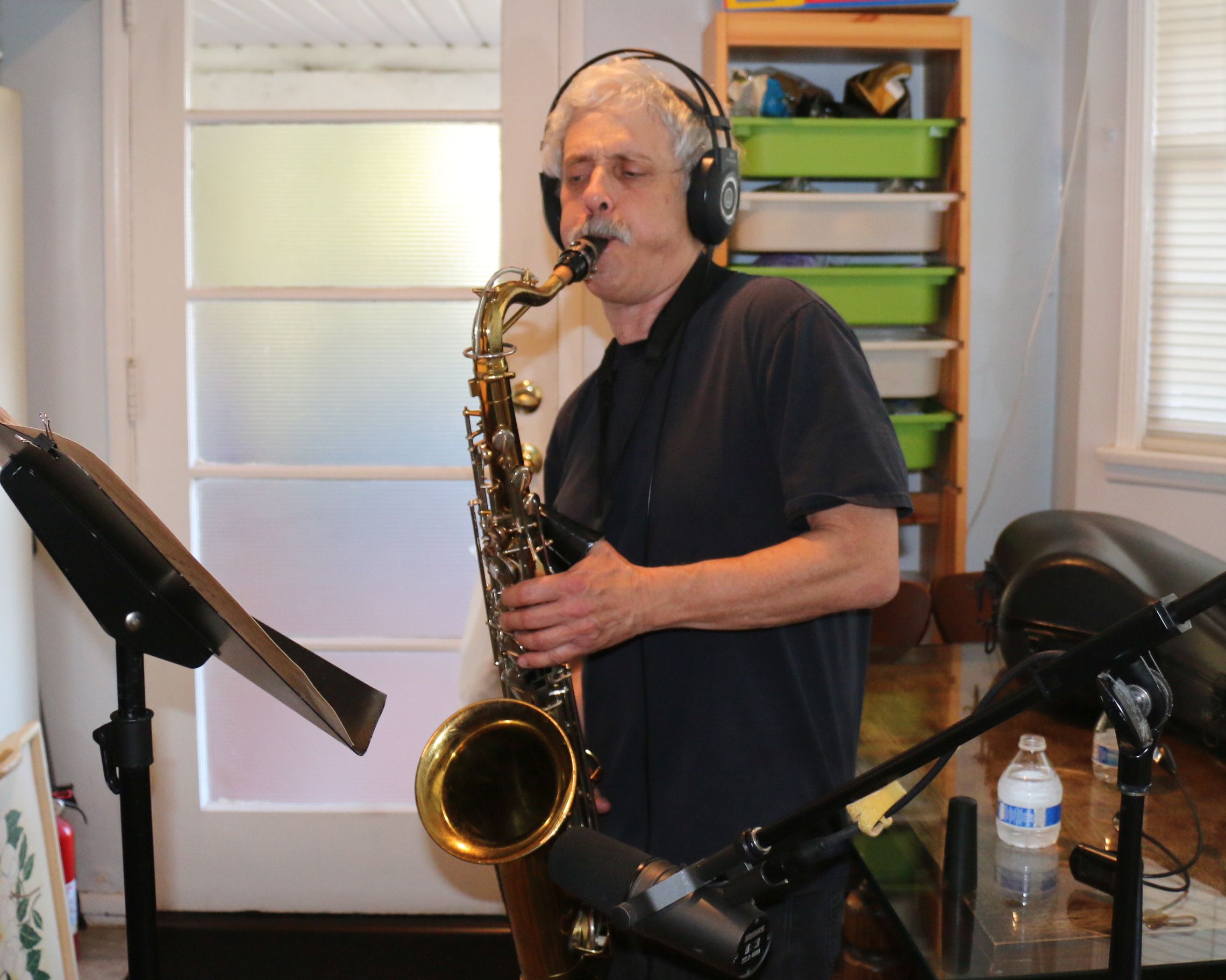 Saxophonist/producer/engineer Marc Mylar has been a fixture on the L.A. music scene since 1981, when he debuted his rock band the Wingtips at Gazzari’s on the Sunset Strip. In 1985, Marc founded Trigon Records, to give a voice to local talent that may have fallen through the cracks otherwise.  Since then, while Trigon has released twenty recordings on its own, Marc has been involved with at least 100 other artists, as a performer, producer, or engineer. Before the pandemic pandemonium, Marc was recording and performing with his eclectic jazz ensemble, ChromoSphere.
Here’s a partial list of bands/musicians that Marc has worked with over the years:
The Wingtips, Bar Code Ranch, Bag:Theory, the Page Turner Band, ChromoSphere, Two Separate Gorillas (with Owen Green), the Instigations, The Next Big Things FROM Britain, Richie Hass, John Trubee, Zoogz Rift, the Lazy Cowgirls, Hot Damn!, Crawlspace, Claw Hammer, Jon Wahl and the Amadans, Backbiter, Lynn Johnston, the Cherry Bluestorms, the Dickies, the BellRays, the Riot Act, the Leaving Trains, This Is Edwin, Cheeseburger, the Tuffies, the Grey Spikes, Fearless Leader, Death & Taxes, the Joneses, Thirsty Brats, the Electric Ferrets, the Tommyknockers, Dizbuster, Suplex Slam, the Humpers, Lexington (Devils), the Jakk, Carlos B. Jones, EYE, the Feds, Moses Campbell, Scott Colby.