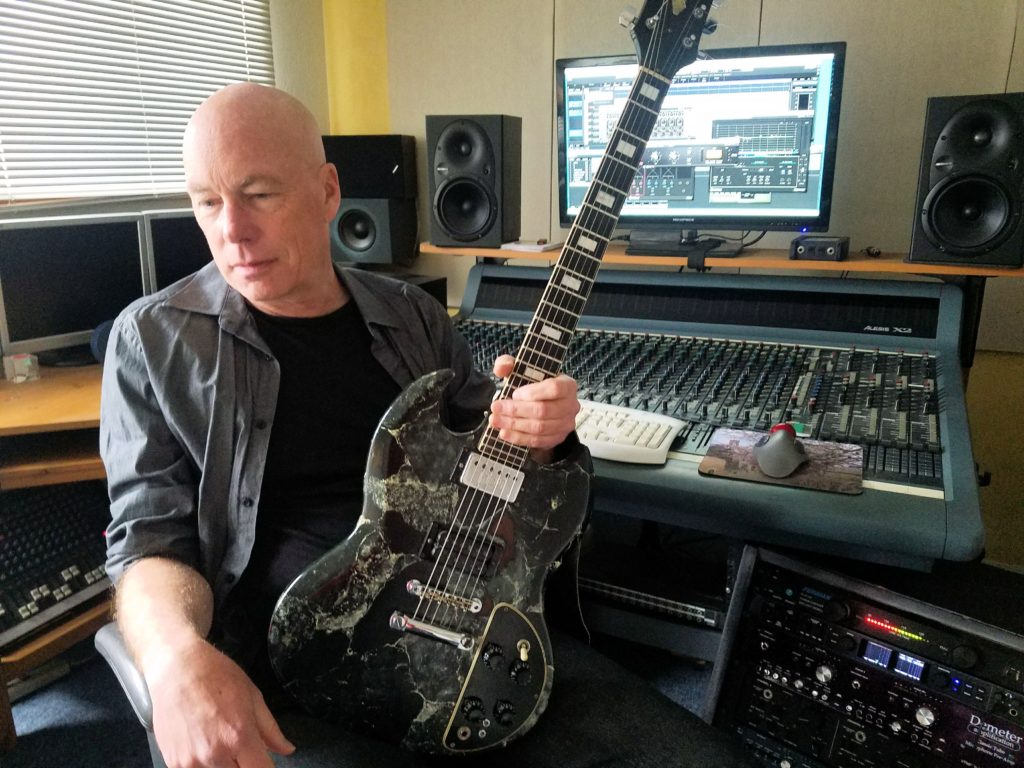 Justin Burrill is a Los Angeles guitarist, songwriter, audio engineer and producer with more than 15 band album releases. He has toured extensively in the United States and Europe as a guitarist and singer with the Wild Stares and with W.A.C.O., sharing the stage with the likes of the Jesus and Mary Chain, My Bloody Valentine, Cramps, Go- Betweens, Handsome Family, Lydia Lunch, Tiny Tim and Beck and has also been a member of the Shards, the Chump Change Gang and Bishkek Wedding.

Justin has recorded, mixed, mastered and/or produced well over one hundred projects in his studio including many Loteria related artists such as Magnet Hearts, Lavender Diamond, Listing Ship, Santa Sabbath, as well as many others. He has also written, arranged and performed music for film.