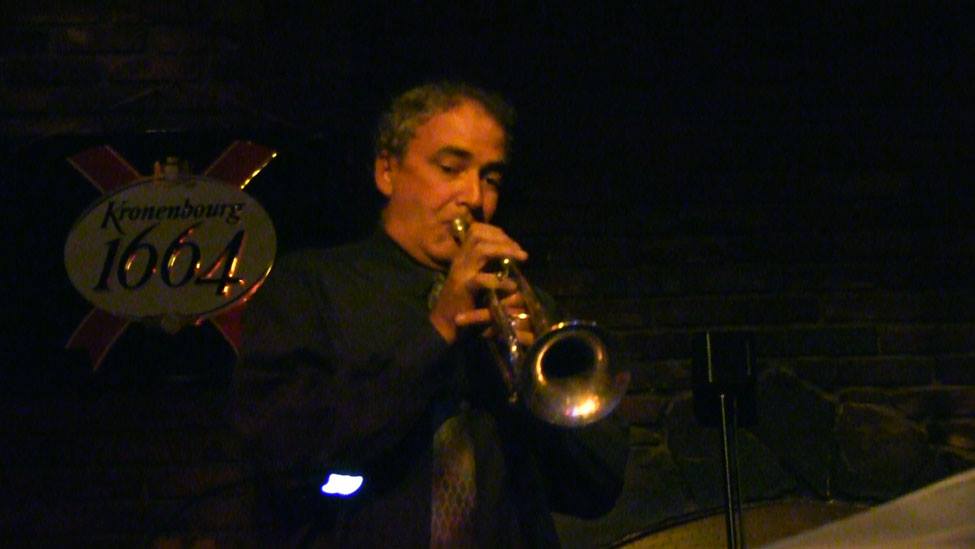 Jonathon Stearns is a cornet/keyboard player and filmmaker. He moved to LA in 1991, and in 1992 played the first Abe Lincoln Story show at the old Onyx coffee shop on Vermont. Throughout the 90s he performed and/or recorded with artists including Rickie Lee Jones, Ann Magnuson, The Geraldine Fibbers, Possum Dixon, Leather Hyman, Benett, The 99th Fuck You, Liquor Cabinet, Velouria, and many others. In the late 90s he co-founded instrumental project “Tesch” with Kip Boardman  (later joined by guitarist Tony Gilkyson), self-releasing an LP and an EP. After a hiatus from music, fatherhood and death-defying heart surgery, he returned to co-form old-school jazz project Silver Palm Trio, with bassist Bill Tutton and Carey Fosse. He also gigs as a solo pianist and composes music for various film projects.