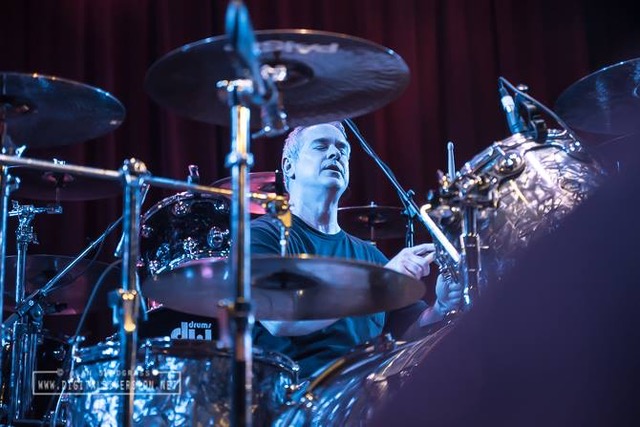 Greg Cameron is an American drummer originally based out of Los Angeles and currently resides in the small town of Nevada City, CA. He first performed live at the Cabaret Metro in Chicago with SST Records supergroup Octoberfaction on the 1984 Black Flag “My War” tour. After that tour, Greg went on to form the band SWA with former Black Flag bassist Chuck Dukowski.

In the late 90s, Greg was asked to play with the reformed Cruz recording artist Chemical People. Since moving to Northern California a little over a decade ago, Greg occasionally performs in PRV13 (formerly known as “Punk Rock Vatos”) with former Chemical People bandmate Jaime Piña.