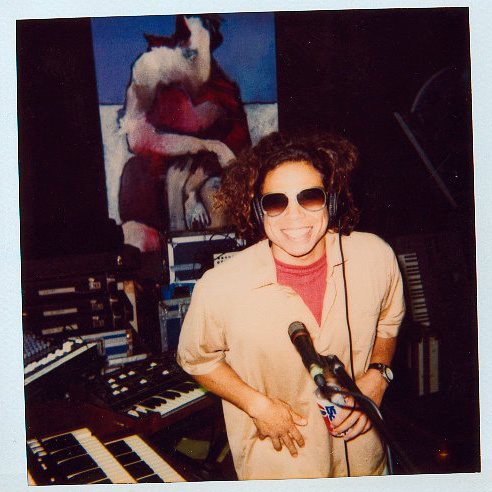 Esteban’s love for analog synths and vintage keyboards and organs began when he was tasked to play the intro from Princes’ When Doves Cry on a MiniMoog at the ripe young age of 12.

“I was in this school of rock thing and the guitar player could not pull off that intro lick … so the teacher tasked me to learn it on a MiniMoog. The notes came pretty easily, but the feel took hours of fiddling on that machine…and I just fell in love with it!”

He cut his teeth playing ridiculously long sets in in various bands on the central coast of California while attending Cal Poly San Luis Obispo including Uncle Shinbone, Marylands Bust, Mr. Fabulous. and The Betchley Park Project. He enjoyed being a big fish in a small pond and supporting nationally recognized acts that came into town including a studio session with YES.

After college, Esteban was lured to an adventurous stay in beautiful British Columbia, Canada where he was a part of Ottobon, a live drum and bass band that was an active player in the burgeoning rave scene in Vancouver during the late 90’s.

Esteban found himself back in his hometown of Los Angeles in the 2000’s and quickly joined forces with stoner rock heavies Smoke in Sunshine which opened the doors to the LA circle of musicians. Since then he has been a staple member of The Freeks, SugarFly, and is currently holding down synth duties for Earth Moon Earth.

Esteban also owns and operates Headhigh Creative, a design and branding consultancy and is responsible for the design and development of the Loteria website.