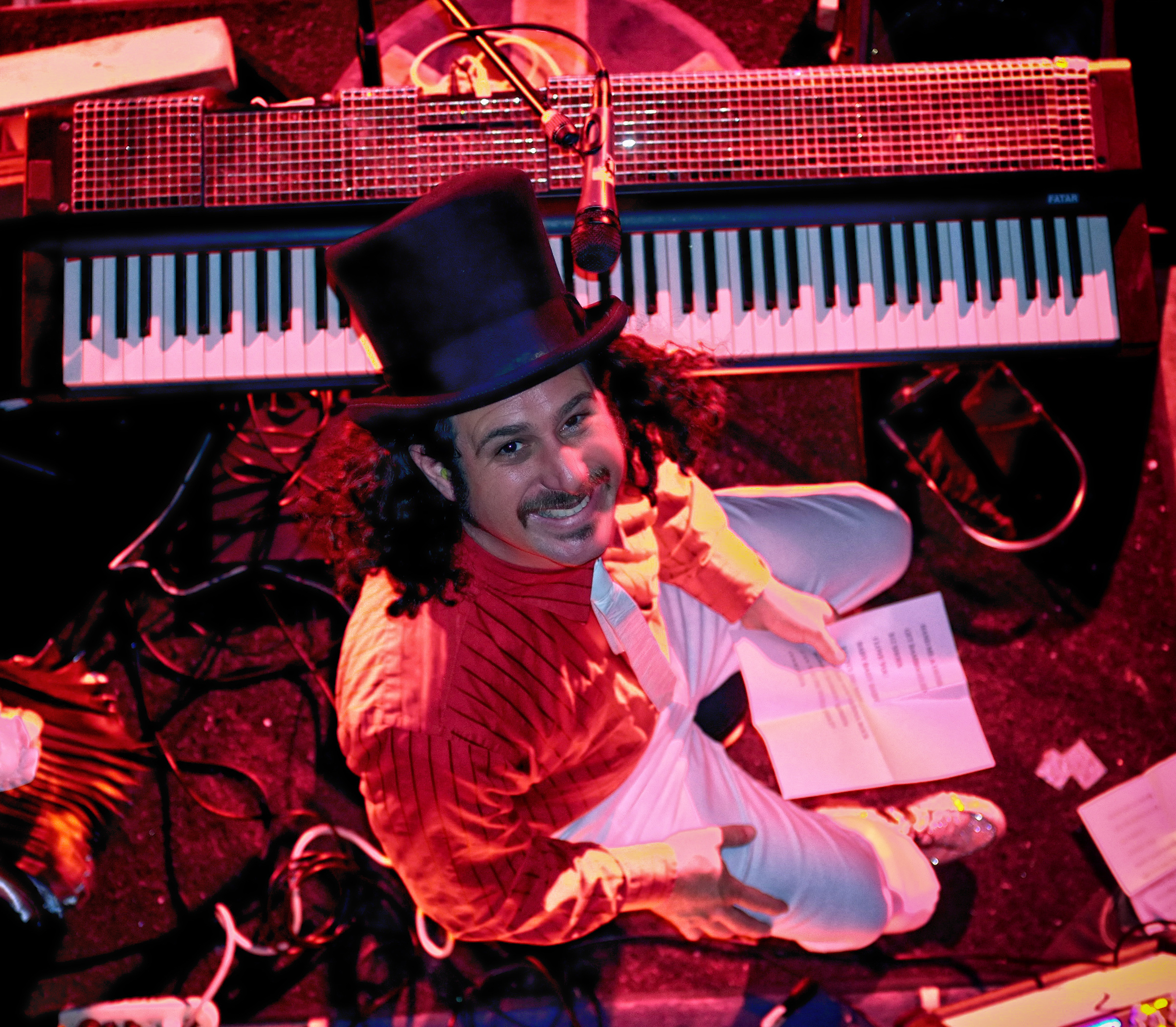 Entered the L.A. Music scene September 1990 with 3D Picnic at The Shamrock.

After many years behind a drum set, Brandon Jay aka “Quazar” began what could only be called a romance with the piano. To his delight, he discovered his knack for songwriting. After his first show playing his own songs live, a friend and fellow musician said in earnest “I’d love to play in your band when you get one together.” That was all Brandon needed to hear. He invited every local musician he had admired over the years and “Bamboozled” them into starting a band. Together they recorded “ The Lovely Lunatickle Musical Revue”, a frolicking adventure through circus-y sounds and upbeat melodies that are sure to get you grinning. The band (expanding and contracting in size at each performance) has had over 50 members pass through its doors since the Bamboozled opened for business. You will recognize the same warmth, charm and humor as their influences inspire – the likes of Randy Newman, Dr. Teeth and the Electric Mayhem, Leon Russell, T-Rex, Harry Nilsson and Frank Zappa. Brandon’s knack for a good tune grew, and began to flourish further in projects like Gwendolyn and the Good Time Gang and ultimately landed him jobs composing music for the Showtime television comedy “Weeds” and the Netflix series “Orange is the New Black”. Brandon relishes performing live on stage and is in the midst of recording a new Bamboozled album entitled “When Are You Gonna Rock?!!” You never know – after seeing the show – you, too might want to join the band!

Gwendolyn and the Good Time Gang

Romy and Michele The Musical