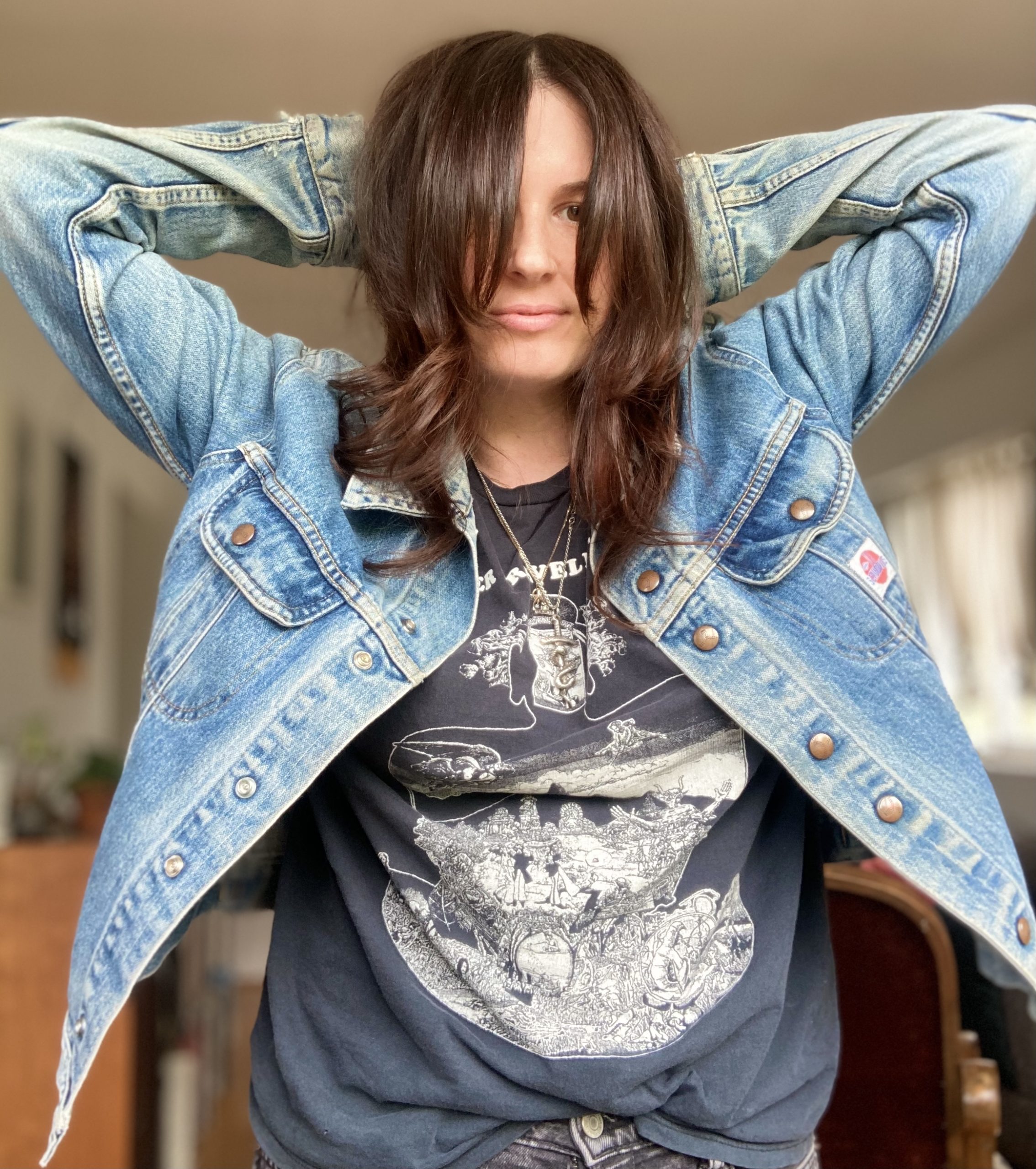 Amber Webber’s a singer songwriter living in Vancouver Canada. She started her first band at 18 yrs. old called Dream on Dreary, mostly playing small art spaces and basements. A few years later she started singing in the band Jerk with a Bomb which morphed into Black Mountain. With the original drummer/producer of Black Mountain Joshua Wells she also started the group Lightning Dust in 2006. Amber also started a side project with Derek Fudesco of the Murder City Devils in 2014 called Kodiak Deathbeds.

Amber’s been a touring musician for 20 year now. Mostly touring with the groups Black Mountain and Lightning Dust. Touring all over the globe – headlining club, many festival runs and opening for bands such as Nick Cave, Coldplay, and The Flaming Lips.

At this point in Amber’s career, she’s most interested in creating with like-minded weirdos with little ego, and lots of love.